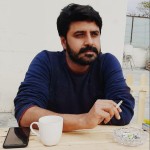 We always need mentors to boost our morale. Even when we want to become an investor, we lookout for some outstanding performers to give us a push.

While there are tons of all-time favorite investors, there are some who certainly could become your mentor. They will not only boost your confidence but also guide you through some tough times.

I haven’t read a ton about many investors, but Warren Edward Buffett is one of my favorites. For one big reason – everybody knows him.

Here I’ve thoughtfully created a list of some top 5 investing gurus of all time. Let’s learn a little about them.

Benjamin Graham, a British-born American investor, is known as the father of an important investment discipline – value investing.

His philosophy of investment was somewhat different than the investors of his time. One of the best philosophies he had taught his generation was buy-and-hold investing.

Just like it sounds, Graham stressed buying a well-analyzed asset, keeping it for a long time, and selling it with a huge margin of profit.

Graham was also an author of several books on related subjects. His book, The Intelligent Investor (1949) was one of the most popular ones. Warren Buffett called it “the best book about investing ever written.”

John Templeton was an American-born British investor. His top-leveled achievements included the startup of Templeton Growth Fund which maintained a growth of 15% for 38 years.

In 1999, Money called him – arguably the greatest global stock picker of the century.

An interesting fact about this investor is that he lived a humble life. He used to drive his own car and never flew in the first class. One of his friends said, “he believes it’s okay to make money so long as you don’t enjoy it.”

This tells that Templeton was not only good at managing finances, but also a very humble soul.

He had a deep sight when it came to investing. He also turned his investing devotion towards Asia and Eastern Europe.

Templeton is also known for his generosity. He donated over $1 billion to charitable causes. He even gave up his US citizenship to avoid paying extra taxes of $100 million when he sold his international investment fund and put the funds for the welfare of people.

One of the biggest reasons for his success is his tenure of heading Vanguard Windsor Fund. During his heading period, the group became the highest returning mutual fund.

During his period of heading Vanguard Windsor Fund, the return on funds marked at 13.7% annually. This went on for 31 years.

Neff believed return on equity (ROE) is one of the key elements to measure the effectiveness of a company’s management. Warren Buffett is of the same belief.

This American investor is the co-founder of the largest global fixed investment company Pacific Investment Management Co. (PIMCO), and called “the nation’s most prominent bond investor” by The New York Times”.

Gross is also nicknamed the ‘Bond King’ and controlled more bonds than anyone in the world. Praising his title and achievements, Morningstar, Inc. once said, “No other fund manager made more money for people than Bill Gross.”

It wouldn’t be wrong to say that Gross is the genie of the bond money. His keen sight and strategies made PIMCO a success.

Ben Trosky, the later successor of PIMCO, once said about Gross, “a good trader, a good analyst, and a good salesman, able to distill complex ideas into something simple and accessible.”

Besides, a prominent bond investor, he also participates in the welfare of others. He has donated millions for charitable causes. The most recent foundation – William, Jeff, and Jennifer Gross Family Foundation (2018) – donate $20 million annually. The foundation also donated $1.5 million in 2020 to fight the recent pandemic caused by covid-19.

From the early days, Buffett was an investor and businessman. Only at the age of 15, he invested $25 in a pinball machine and placed it in a local barbershop. He soon replicated the business and owned several pinball machines in different barbershops. The small venture, within a year, was later sold for $1,200.

Going through his early education and career, Buffett was a millionaire by the age of 32. He had several partnerships which he later merged into one to formulate one big partnership.

Buffett has also invested a ton in several investment assets including foreign currency and gold. He has been avoiding investing in social media companies like Facebook. According to him, it’s hard to evaluate their future stock price.

He also doesn’t see the cryptocurrency as a very promising financial asset, and even has marked it as, “In terms of cryptocurrencies, generally, I can say with almost certainty that they will come to a bad ending.”

While there’s much to talk about every investor mentioned here, it would require pages full of inspirational and bold steps taken by these top investors of all time.

These 5 ideal investors have adopted different strategies throughout their career and business life. And for this, they’ve mentored many young investors to gain success in their path.

For me, I have learned that all of these top-notch investors have 2 traits in common (a) they prefer investing for a longer period, and (b) all of them contributed well towards the betterment of society.

How to Invest in a Private Company Like a Pro?

Difference Between Investing and Speculating – Which One Would You Choose?